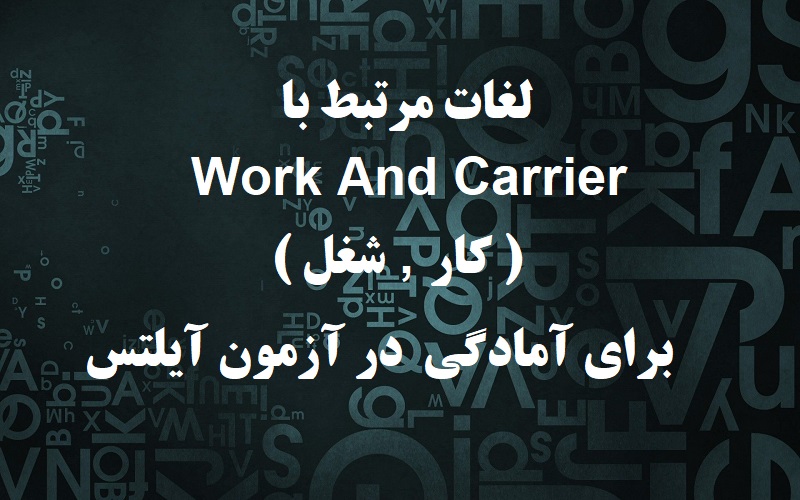 1. productivity = the ability of people to produce useful results at work.

Ex: Our country is not as advanced as some other countries in our industrial sector, because the productivity and quality are still quite low.

2. to subsidize  = to pay part of the cost of something, usually in order to help people.

Ex: The government could encourage children to be healthier by subsidizing swimming lessons and sports coaching at the weekend.

3. output = the amount of goods or work  produced

Ex: In Europe, industrial output has decreased, maybe because of competition from producers in other continents.

Ex: People are working long hours these days, and so their work/life balance is affected, leading to stress.

5. to motivate people = to give them positive reasons for working hard.

Ex: If employees are given regular feedback, they will probably be well motivated and committed.
• committed = متعهد

Ex: In my country, pay increment have been very low because of the financial crisis.

7. perks= reward from an employer which are not financial ( e.g free car, free lunches and  …)

Ex: Personally, I would like to work for a company that gives lots of perks, because I would find this enjoyable.

Ex: Being a primary teacher may be satisfying, but the financial rewards are not high.

9. bonuses = money given in addition to salary usually in return for achieving targets

Ex: Apparently some investment bankers can earn millions of bucks in bonuses

Ex: some employers offer vacations or parties as incentives if them hits its sales targets.

11. job satisfaction = enjoyment of a job for non-financial reasons

Ex: In my opinion, job satisfaction is important than a big salary.

12. target-related = dependent on hitting a target

Ex: My boss once offered me a target-related bonus, but it was almost impossible to achieve!

13. on the job training = training while working, not by leaving work to go to college etc

Ex: My sister has found that the on the job training she gets at her bank is very useful, and she has progressed well because of this.

14. ongoing training = training throughout your time in a job, not just at the start.

Ex: I enjoyed my work at the airline at first, but I soon found that there was no ongoing training and my skills were not really developed.

15. day release programmes = programmes of training or education when employees can spend entire out of work.

Ex: I feel that employers should be much more flexible regarding training, for example by subsidizing day release programmes or job exchanges with other companies.

16. carrier progression = the ability to advance your carrier

Ex: As far as I know, you had told me we would have career progression in this company yet there is no news of that.

17. job prospects = the possibility of promotion or higher level work in future.

Ex: I remember an interview when the employer told me there were excellent job prospects in their firm for young people. In reality, this was not really true.

18. to measure = to assess the dimension of something

Ex: Job satisfaction is extremely important, but it is not measurable.

Ex: The sore was superficial, so it was recovered very quickly.

20. performance reviews/appraisals = meeting at which an employer gives feedback to a worker on their work over a fixed period.

Ex: I remember being worried about mu job at first, but at my six month appraisal my manager told me she pleased with my efforts.

21. redundancy = a situation where a worker loses their job because of changes in the company.

Ex: In my home town, the textile factories have closed and many people have been made redundant.

22. to restructure = to change the organisation of a company

Ex: we used to have a large training department in my office, but in our recent restructure it was eliminated and the staff were made redundant.

23. to downsize =to make an organisation smaller and employ fewer people

Ex: My father’s college used to employ almost on thousand people, but then it downsized and now has less five hundred.

24. to outsource = to stop doing work inside the company and send it to other companies or other countries, usually to save money.

Ex: Many American companies have outsourced their IT operations to Asian countries, where productivity is similar but the salaries is lower.

25. the workforce = the total number of people working in an organisation or company

Ex: My father’s college used to employ almost on thousand people, but then it downsized and now has less five hundred.

26. human resources = the department in a company which manages recruitment, employment and training.

Ex: I plan to work in the HR ( human resource ) are of the oil industry, possibly in the Middle East.

Hint: Remember, please don’t try to learn or memorize all of theses words immediately. Go through the whole book from Module 1 to 10 (for instance you can see Module 2 after this unit), and try to practice using a small group of words from all of the Modules, the go back and expand on each group.